A sensor is a device that measures a physical quantity and converts it into a signal which can be read by an observer or by an instrument. For example, a mercury-in-glass thermometer converts the measured temperature into expansion and contraction of a liquid which can be read on a calibrated glass tube. A thermocouple converts temperature to an output voltage which can be read by a voltmeter. For accuracy, most sensors are calibrated against known standards.
Sensors are used in everyday objects such as touch-sensitive elevator buttons (tactile sensor) and lamps which dim or brighten by touching the base. There are also innumerable applications for sensors of which most people are never aware. Applications include cars, machines, aerospace, medicine, manufacturing and robotics.

A sensor is a device which receives and responds to a signal. A sensor's sensitivity indicates how much the sensor's output changes when the measured quantity changes. For instance, if the mercury in a thermometer moves 1 cm when the temperature changes by 1 °C, the sensitivity is 1 cm/°C (it is basically the slope Dy/Dx assuming a linear characteristic). Sensors that measure very small changes must have very high sensitivities. Sensors also have an impact on what they measure; for instance, a room temperature thermometer inserted into a hot cup of liquid cools the liquid while the liquid heats the thermometer. Sensors need to be designed to have a small effect on what is measured, making the sensor smaller often improves this and may introduce other advantages. Technological progress allows more and more sensors to be manufactured on a microscopic scale as microsensors using MEMS technology. In most cases, a microsensor reaches a significantly higher speed and sensitivity compared with macroscopic approaches. 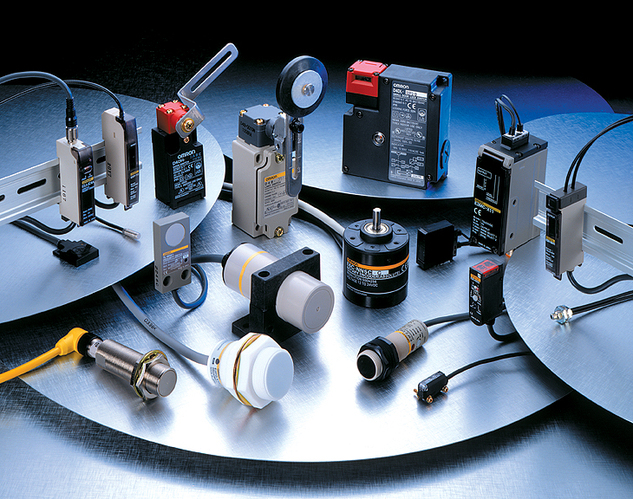 Types :
All living organisms contain biological sensors with functions similar to those of the mechanical devices described. Most of these are specialized cells that are sensitive to:

Ideal sensors are designed to be linear or linear to some simple mathematical function of the measurement, typically logarithmic. The output signal of such a sensor is linearly proportional to the value or simple function of the measured property. The sensitivity is then defined as the ratio between output signal and measured property. For example, if a sensor measures temperature and has a voltage output, the sensitivity is a constant with the unit [V/K]; this sensor is linear because the ratio is constant at all points of measurement.

Sensor deviations If the sensor is not ideal, several types of deviations can be observed:

All these deviations can be classified as systematic errors or random errors. Systematic errors can sometimes be compensated for by means of some kind of calibration strategy. Noise is a random error that can be reduced by signal processing, such as filtering, usually at the expense of the dynamic behaviour of the sensor.